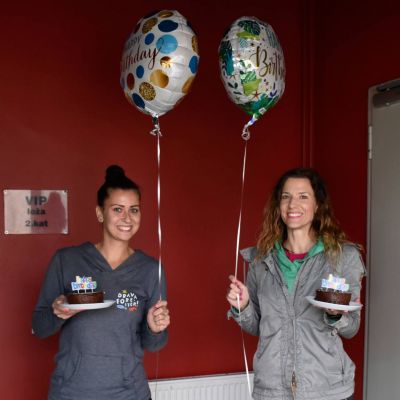 The company Lagoda j.d.o.o. was founded in 2012 with the aim of developing disc golf in Croatia and related forms of tourism, for which it received the support of the Ministry of Tourism in 2013 in the competition for "Innovative Tourism".

The founders of the company, siblings Maja and Dinko Šimenc, have been actively involved in sports since 2011 and have extensive experience of participating in international tournaments and personal contacts with players from all over the World.

The company manufactures and sells all the equipment needed to design and equipp disc golf courses or for organizing of disc golf tourist, sports and recreational events. The opening of a web shop through which discs and other equipment from the world's elite manufacturers will be available to players is also in the works.

The first international disc golf tournament in Croatia named Drava Forester was held in November 2012 with the participation of 28 players from Croatia, Austria, Slovenia and Norway. The very next year, the tournament was held under the license of the World Disc Golf Association PDGA, and the number of participants almost doubled. Players from Finland, the Netherlands, Denmark and Iceland were just some of the 50 participants from a total of 12 countries. At the eighth tournament, held from 30.10. until 4.11. In 2019, 85 male and female players from 14 countries participated, with around 300 overnight stays in hotels and private accommodation making this an important tourist event in the city.
To run the event a temporary course was designed and set up next to the Varaždin sports hall "Arena", which encompassed the embankment of the Drava River and the nearby park forest. In past years, some of the best players in the world have participated in this tournament, such as Simon Lizotte, Philo Brathwaite and Jon Baldwin.

Lagoda Disc Golf, after setting up each course it designs, actively participates in its use by organizing education and training for interested citizens and tourists, launching and coordinating local and regional leagues and domestic and international tournaments.
Also, the company encourages the establishment of local disc golf clubs and provides them with all kinds of support during registration, initial operation, development and design of various disc golf content with the aim of growing the club members base and actively involving the widest possible circle of local residents in the sport.

Additional info on tournaments and other activities of the company can be found at www.lagodadiscgolf.com